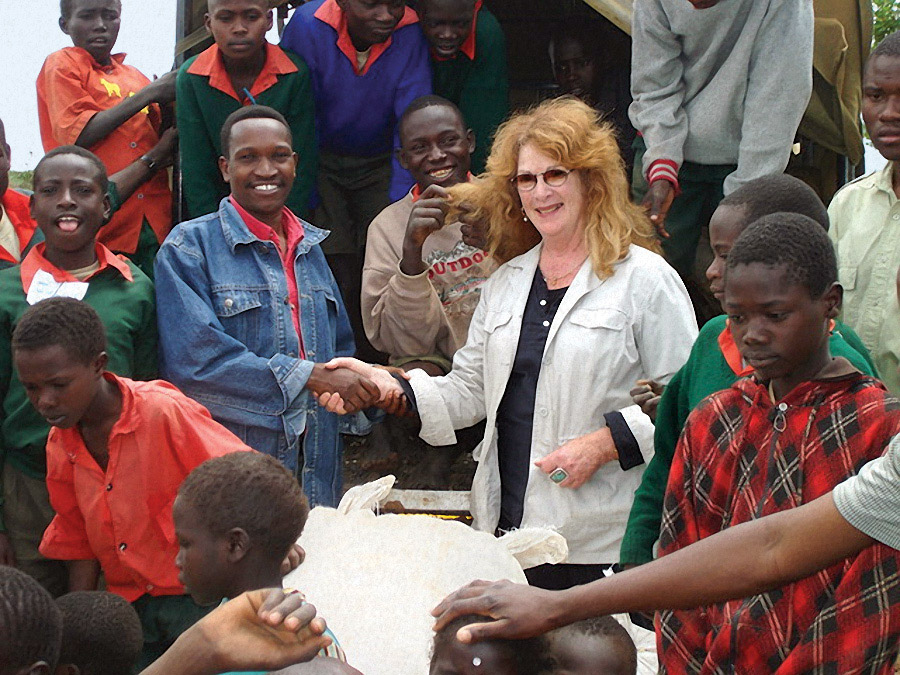 Gilah Yelin Hirsch is a multidisciplinary artist, whose art, films and papers have been exhibited and published internationally. Hirsch’s numerous national and international grants and awards include the US National Endowment for the Arts, the Rockefeller Foundation, Bellagio, Italy, the Tyrone Guthrie Center for the Arts, Ireland, as well as the International Society for the Study of Subtle Energies and Energy Medicine award for her “innovative blending of science and art revealing existing relationships between forms in nature, forms in human physiology and the forms that are present in all alphabets.”

As a result of solo sojourns in wilderness ranging in duration up to sixteen months over a period of twenty years, I isolated five patterns in nature that I found to be intrinsic to all alphabets ancient to modern. Augmented by global travels to study and photograph alphabets of the world, I conjectured that these forms were recognized universally because they mirror the shapes of neurons and neural processes engaged in perception and cognition.

I named my hypothesis Cosmography: The Writing of the Universe, and was first invited to present it in scientific conferences in 1982.

The theory was universally accepted and I realized Cosmography had a life of its own. At the time I was using four Kodak Carousel slide projectors programmed to create a movie-like experience, but as invitations to present the theory steadily grew it became clear I needed to up my game.

I invited prize-winning filmmaker and editor, Eric Marin, to collaborate with me in an hour-long film using images from the slide show. After five years of innovative filmmaking, Cosmography: The Writing of the Universe (DVD 60 minutes) was released in 1995. The film visually and theoretically follows my discovery process toward the origin of all alphabets and implies the power of these primal forms in healing. Cosmography gained recognition globally and continues to enjoy a healthy profusion worldwide.

By the year 2000 educators of various disciplines were encouraging me to make a film for “kids of all ages” demonstrating the nugget of the theory. I re-envisioned the concept and again invited Eric Marin to collaborate with me in creating a magical, educational journey where the five forms become the protagonists and carry the viewer with them in their alphabetic adventures through fifteen countries and languages round the world.

After twenty years of film work characterized by global travels, frequent changes in technology requiring development of innovative techniques to reify original images, Reading the Landscape was released in 2019 and has been enthusiastically received in world venues. 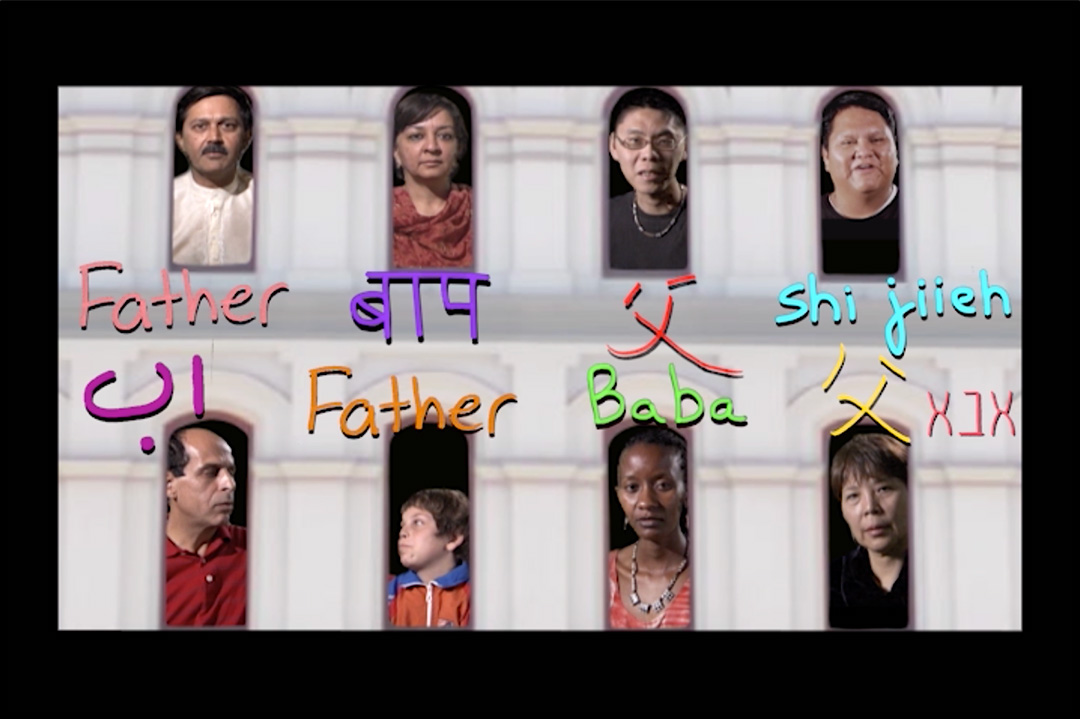 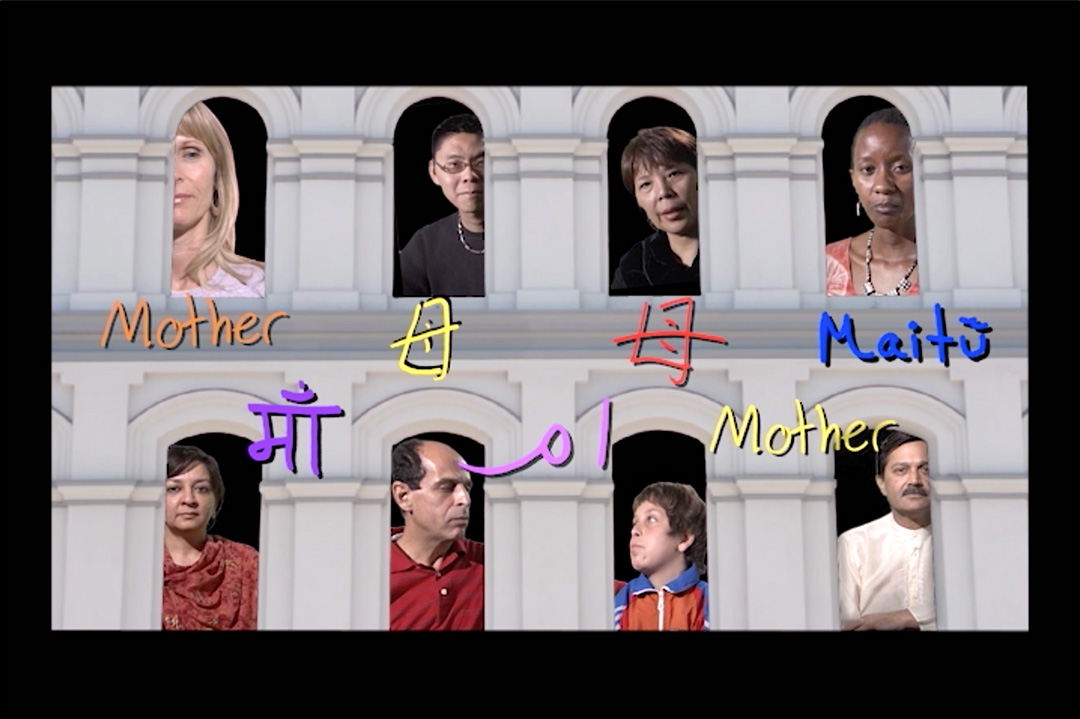 Arches: Cultural representatives speaking and writing “Father” and “Mother” in their native languages. 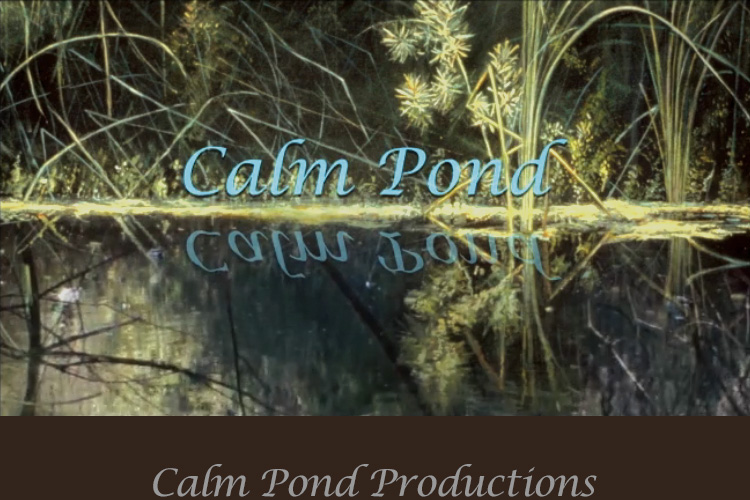